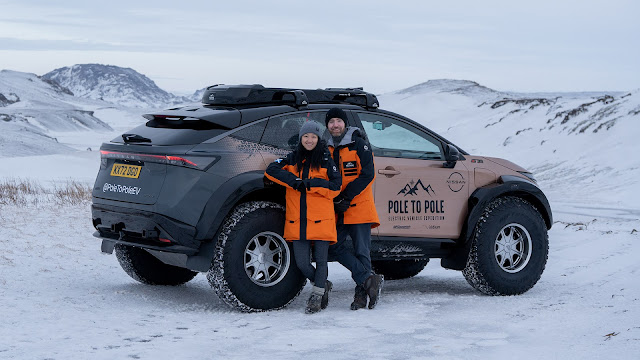 A Nissan Ariya crossover electric car will take on a 27,000 kilometres journey from the North Pole to the South Pole next month, in an attempt to show the capability of an EV in long journeys and extreme conditions, writes Brian Byrne.

It will be driven by a husband and wife team, Chris and Julie Ramsey, and the expedition will take about 10 months. The pair previously completed the 17,000kms Mongol Rally in a Nissan Leaf.

Modifications to the Ariya are mainly the addition of 39-inch BF Goodrich tyres, with associated changes to the wheel arches to accommodate them. The 389hp powertrain for the AWD version of the car remains as standard.

The car will also have a built-in espresso coffee machine, a drone launchpad on the roof box, and it will tow a trailer with portable solar panels and and wind turbines to help recharge the car when it is stopped. 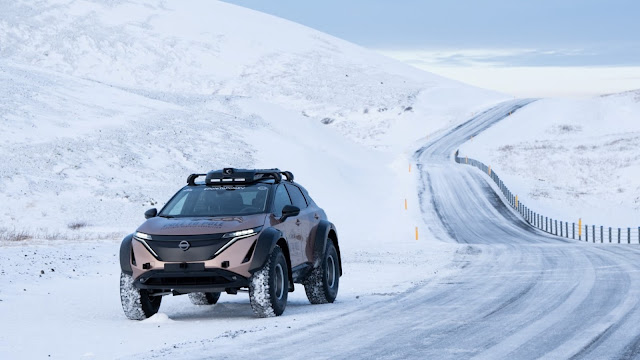 With more than 10pc of Audis sold in Ireland last year being electric, it's clear that Volkswagen's premium brand is playing its part in the push by the group towards an all-electric future, writes Brian Byrne. Nearly half of those sales were of the Q4 e-tron, the newest and smaller of the three Audi EVs available.

My review car is newer still, as the Sportback version of the Q4 e-tron, and I was quite taken with the softer rear roofline compared to the full SUV version's. It has the style of a coupe liftback, but without sacrificing any of the passenger space, and only mildly diminishing boot capacity. In size it not surprisingly is close to the VW ID.5 equivalent and a bit more compact than key competitor Hyundai's Ioniq 5. I thought the car's shape was very well displayed in the non-metallic grey — they call it Pebblestone — of the review car.

The Q4 e-tron stylists held on to the sense of a grille front end, which I still think gives an EV more presence than some of the flat fronts of other models. Obviously there's no need for a cooling air intake, but the pattern in the black element provides a texture that to my eye works well. And of course the strong brand icon of the four interlinked rings is unmistakeable. There's also a strong 'eyebrowed' effect in the front lights design and enough interest in the other shapes to provide a distinctive 'face' to the car. At the back, the spoiler is nicely integrated — though it does combine with the steep rake of the back window to curtail rear vision from inside.

The step up in the interior style and quality from the Q4 e-tron's Volkswagen cousins is as strong as we have come to expect from Audi, and of course that's part of why owners are paying more. The dashboard design is highly sculpted with various angles and shapes and finishes that could have come out as a mess, but in fact are visually and ergonomically coherent. It's a techy look, as befits a techy kind of car, the whole thing set off by a hexagonal style to the steering wheel. The central screen and the driver's information one are both set well into the dashboard and free from glare. A bank of switches and buttons below the middle screen manage a number of regular actions for climate and comfort. Below them again is a 'floating' outcrop for the transmission and drive mode selection. It all falls together well to hand. While there's no manual volume control, the 'thumb-slide' action on the steering wheel is accurate and easy to use.

The S-Line medium-sporty seats are comfortable for front occupants, and the room for those in the rear ample and adequate for three adults if necessary. Even someone behind me would have plenty of knee space. All door fittings have both style and robustness. The cargo capacity is 520 litres, only 15L less than the full SUV and anyway plenty.

The Q4 Sportback e-tron for my review came with an 82kWh battery and was rear-drive — there is an AWD version available which as well as being more surefooted in bad weather also allows 200kg more towing weight than the RWD's 1,000kg. The rated range of the car is 529km, but over my several hundred kilometres of driving, it was coming out closer to 420km. In part that is to do with driving in winter — which will cut efficiency with any powertrain — and partly, I think, because the WLTP protocol doesn't seem to work as accurately with EVs as it does for internal combustion-powered cars. A one-day typical commute to Dublin from mid-Kildare gave me a consumption of 17kWh/100km while the overall figure for my time with the car was 19.5kWh/100km.

Needless to say, like every EV, the drive was smooth and relatively silent, and the Q4 e-tron handled nicely on a variety of road configurations and surface qualities. A solid car with a sporty, quality feel. There were €4,000 worth of options on the review car, which included big-ticket items like the panoramic glass roof and a Sonos premium sound system. 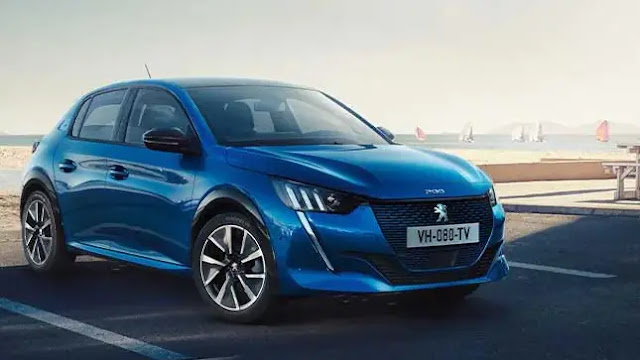 The Peugeot 208 was the biggest selling car model in Europe in 2022, writes Brian Byrne. Some 206,816 units were registered.

Their report noted a third year of decline in overall sales across Europe, but a surge in sales within that for Chinese makers as well as Korea's Hyundai-Kia and Japan's Toyota.

Tesla's Model Y was Europe's best-selling electric vehicle, much of it cannibalising sales from the brand's own Model 3.

The further drop in sales was caused by a combination of product availability and a loss of consumer confidence following the Russian invasion of Ukraine and related high economic inflation. 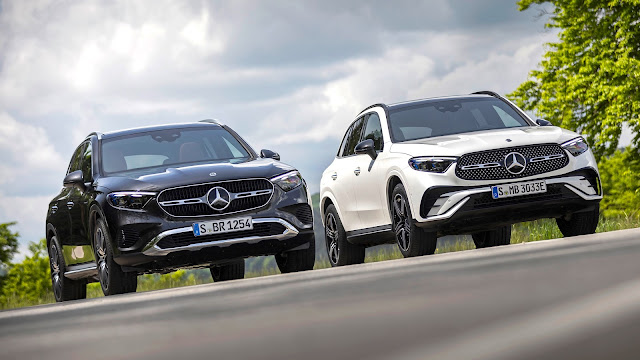 The second generation Mercedes-Benz GLC SUV has now arrived in Ireland at a starting price of €80,310, writes Brian Byrne.

The new car is longer and has a wider track than the outgoing version and a 70-litre increase brings boot capacity to 620 litres.

The first generation of the GLC was launched in 2016 and a facelift was revealed in 2019. A coupe variant was launched the same year.

The best-selling model in the Mercedes-Benz range for the past two years, the car achieved 2.6 million units sales globally through its first generation iteration.

Mazda showcases CX-90, but not for Europe 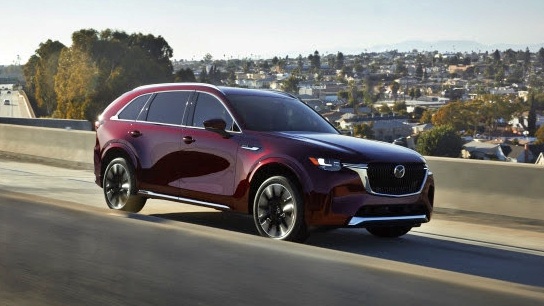 Mazda has premiered its latest model from its Large Product Group, the CX-90, but it won't be coming to Europe, writes Brian Byrne.

The car is an 8-seat SUV designed primarily for markets where larger cars are common, in particular the US.

The CX-90 will be powered by a 3.3 mild hybrid 6-cylinder engine or a full plug-in hybrid based on the company's 2.5 four.

The next model planned to debut for Europe is the CX-80, a 7-seat which will follow the CX-60 launched late last year. 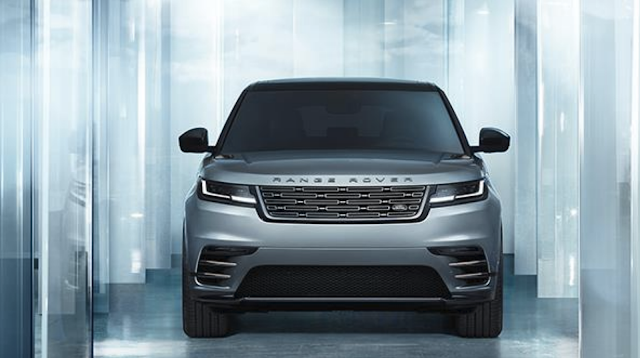 Externally there's a new grille, and newly-styled LED headlights, and there have been detail changes to the rear including a new bumper. Inside the car gets a new single centre console-located touchscreen in curved glass.
Powertrains continue to be options from petrol and diesel, with mild hybrid technology and a plug-in hybrid that is rated to have a greater EV range of up to 64km. That version has a combined power output of 404hp.

The revised car is now available to order in Ireland priced from €91,680. 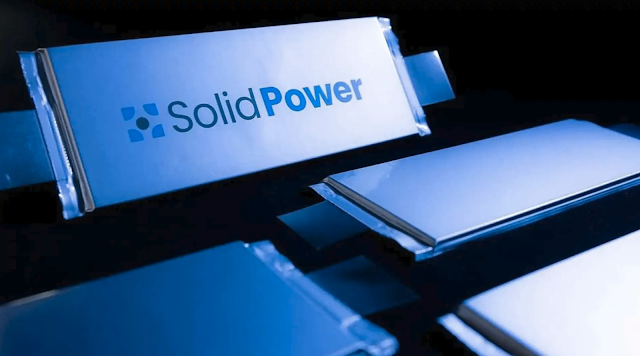 BMW is to start testing a solid-state battery this year for a prototype vehicle planned to be on the road before 2025, writes Brian Byrne.

The Munich-based carmaker is developing the battery with US-based Solid Power, a company it has been working with since 2017.

Solid state batteries are expected to provide longer ranges and faster charging times than the current lithium batteries in use for EVs.

Nissan and Volkswagen are also working to develop such batteries, and the date pencilled in for production vehicles by all three is around 2030. Toyota is investing heavily in the technology and has taken out a number of patents for their work.

Manufacturing capacity to the level required for the global EV industry is a significant hurdle.

Mercedes-Benz is van of choice for Irish Sailing Team 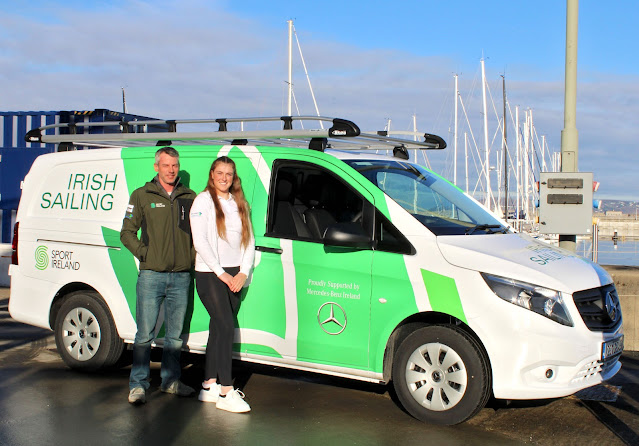 The Irish Sailing Team has welcomed a new Mercedes-Benz Vito van to its fleet of commercial vehicles, writes Trish Whelan.
The second of its kind to be added to the fleet, it will soon be put through its paces transporting the team’s boats and equipment to international training camps and competitions throughout Europe in destinations such as Portugal, Italy, and the Olympic sailing venue of Marseille.
Thanks to the support of Irish Sailing and the Irish Sailing Foundation, the new Vito 114 Style model arrived fully equipped with fixtures and fittings from CAFCO Vehicle Solutions and finished with sign writing by FISH Graphics.
Mercedes-Benz previously supported Ireland’s Olympic medal winning sailor, Annalise Murphy, in her preparations for the Rio and Tokyo Olympic Games.