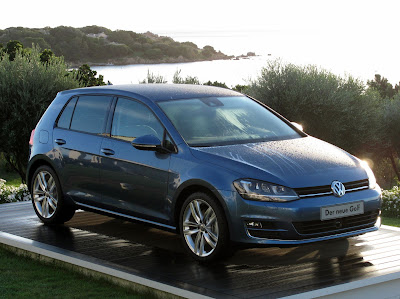 If you’re a VW Golf fan, you’re in big company. More than 29m of them have been produced since the nameplate was first rolled out in 1974, writes Brian Byrne.

If you’re a Golf fan since that time, you’ll have watched it develop through six generations without ever losing key styling cues that identify it as a Golf.

If you’re a Golf fan, you’ll be waiting for mid-December in your local VW dealership to see the Mk 7 Golf arrive on the showroom floor. 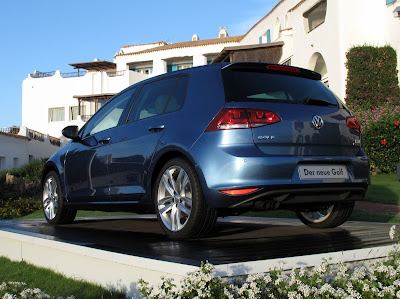 And you’ll be very happy to see that the essential shape that has become the iconic car of Volkswagen in almost four decades still looks like it should do. Like a Golf. Arguably only two other cars in the world have retained their original visual identities. One of them’s a VW too, the Beetle. The other is a Porsche, now coincidentally owned by VW.

The new car is a milestone because it’s the seventh iteration. It also reaches other milestones. In economy. In strength. In safety. In dynamic handling and technological innovation. In quiet and comfort.

Of course, every version since that first one has achieved those latter milestones too, for their time. But it’s safe to say that in the evolution of the model which has almost become a brand in its own right, there are some quantum achievements with the latest.

For instance, when the Bluemotion version comes along in 2013, it will have CO2 emissions down to 85g/km.

And at the other end of the scale, the new 1.4 TSI with 150hp on tap is 23 percent more efficient than the equivalent petrol engine in the current car. In standard form, with a 6 seconds sprint capability, its emissions are a low 119g/km. In an optional version, which can run seamlessly between two and four cylinders depending on engine load, that comes down to a current diesel-like 109g/km. 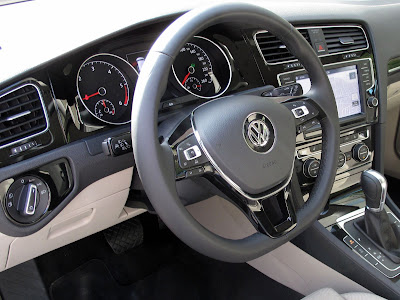 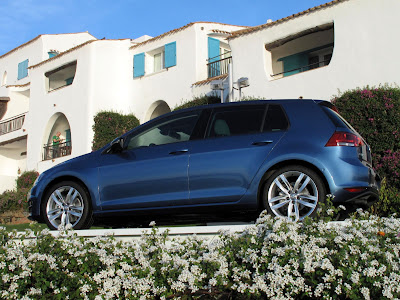 And just to put the more ordinary versions into perspective, the 1.2 TSI that’s the entry engine drives at a mere 115g/km, while the entry diesel, the 1.6 TDI, shifts down to double figures at 99g/km.

Overall, with the new Golf, Volkswagen has managed to reduce CO2 emissions across the car’s range by 13.9 percent. They’ve worked out the fuel saved in the process, and it’s a big 30m litres lake of petrol every year. In Germany alone.

While engine technology accounts for a good chunk of this savings, so also does the fact that the car is around 100kg lighter than its predecessor, despite being longer, wider and with more room inside for both passengers and cargo.

They pared grammes and kilos from virtually every component, in the structure, the powertrains, the aircon, the electrical systems.

Innovative manufacturing techniques, for instance, pruned 15kg from the rear axle setup, in the process providing a better handling experience from the new multilink suspension.

As a benchmark, the new car weighs the same as the Mk 4 did when it was introduced 15 years ago. Despite having an awful lot more technology on board.

In the handling area, the car is perceptibly better than the current version, not least because the company’s XDS locking differential system is standard across the range.

In more expensive grades, the second generation of VW’s Dynamic Chassis Control provides electronic management of the suspension components, engine response and steering, as well as minimising energy usage in Eco mode. There are also Comfort, Normal and Sport modes selectable through the centre touch-screen, as well as one that you can customise to your own preferences.

At the international press drive event in Sardinia I was able to sample that 1.4 TSI, and a new 150hp 2.0 TDI, in a tight and twisty driving environment in the northern part of Sardinia. The car in each case performed at a level which the competition will find it hard to match.

When it comes to Ireland before the end of the year, at launch there will be 1.2 and 1.4 TSI petrols, and a 90hp 1.6 TDI for engine choices. More will arrive as 2013 rolls out, including the GTI, a GTD, and the extraordinarily frugal Bluemotion.

About a third of all VWs sold in Ireland are Golfs, a proportion matching the European norm. I’m looking forward to putting a few of the bread and butter ones through their paces when they get here.

And if you're a Golf fan, you'll be very pleased to see some 3,400 copies of your favourite car on Irish roads next year, Volkswagen Ireland's sales target for 2013.