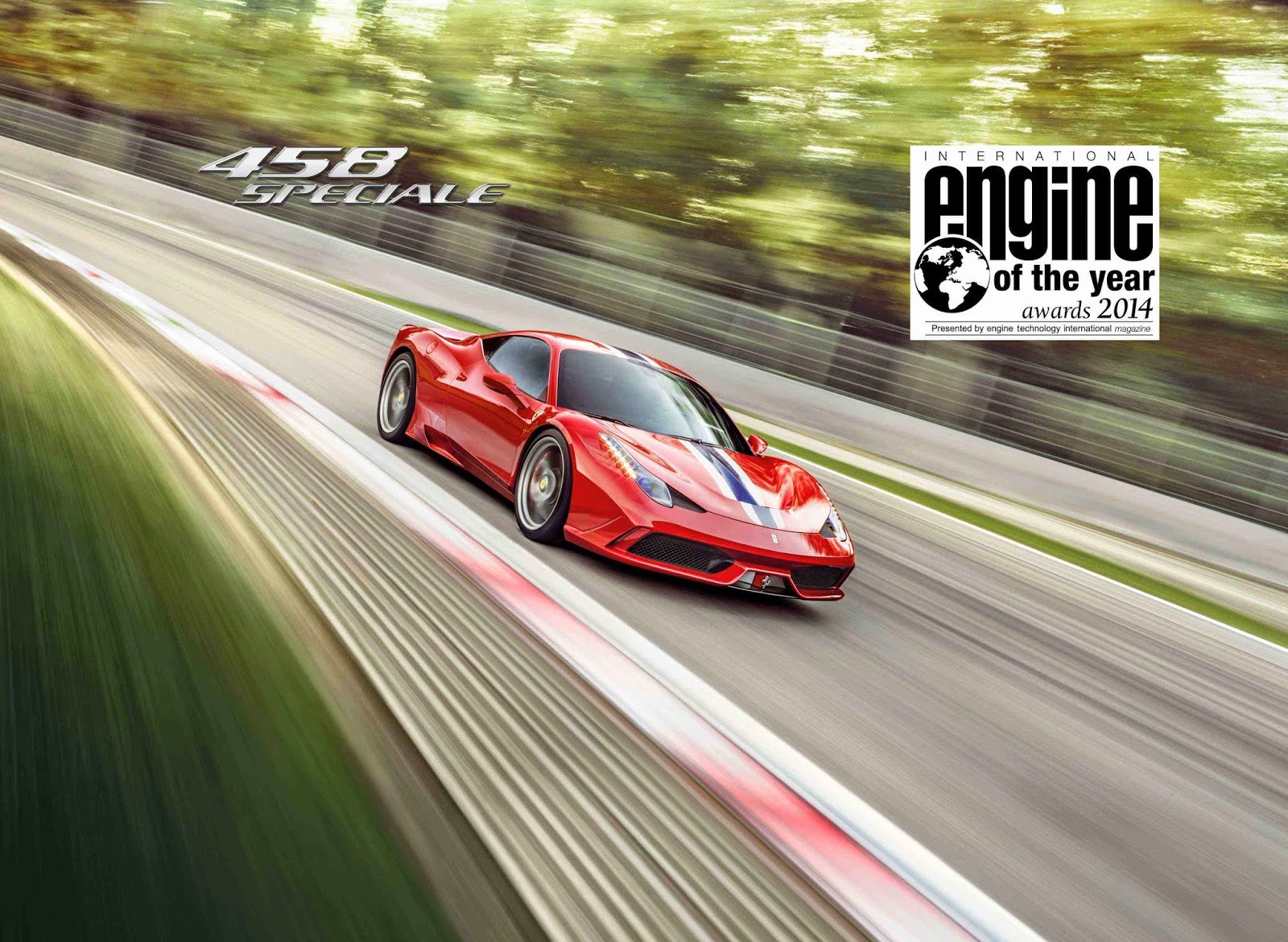 The winner on this occasion is the naturally-aspirated 4.5 V8 engine that equips the 458 Italia and 458 Spider and, in its most powerful guise, the 458 Speciale.

The V8 won both awards two years running in 2011 and 2012, and with the company's naturally-asirated, 740hp 6262cc V12 that equips the F12berlietta taking the same accolades in 2013, Ferrari's award count is now an impressive eight in four years.

The international judging panel includes journalists from 35 nations and all praised the Ferrari V8's blend of sophisticated engineering, power, throttle response, precision, performance and efficiency along with its peerless soundtrack.