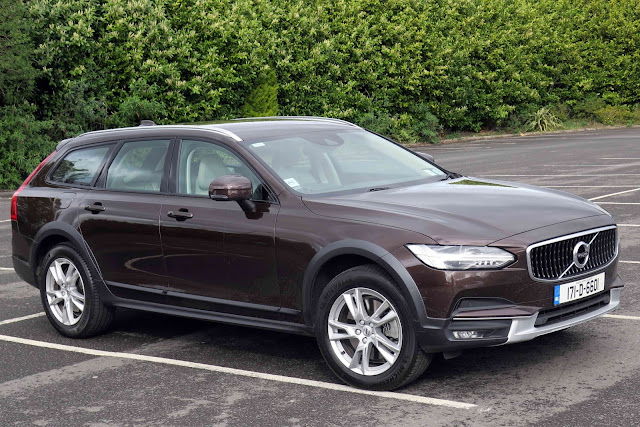 A reacquaintance with one of my favourite cars of last year has recently been possible with a tour in the estate version, the Volvo V90, writes Brian Byrne.

It proved to be as enjoyable an experience as I expected, though this time around I was able to come up with some negative comment.

First, though, this car is the spiritual successor to the true Volvo estates of yesteryear. Long, capacious to an extraordinary degree, and able to pull whatever weight its legal capacity can accommodate.

Except, or course, this is a much more premium level car than its predecessors in this format. Volvos have long since passed across the line into the territory once 'owned' by a duopoly of German marques.


Also, the famous 'square' back, which added to the extraordinary carrying capability to include even fairly large furniture pieces, has now gone, and there's a more streamlined coupe rear in keeping with its new premium station. Besides, you wouldn't want to be stuffing sharp-edged items into the high-end trim and finish of this one. 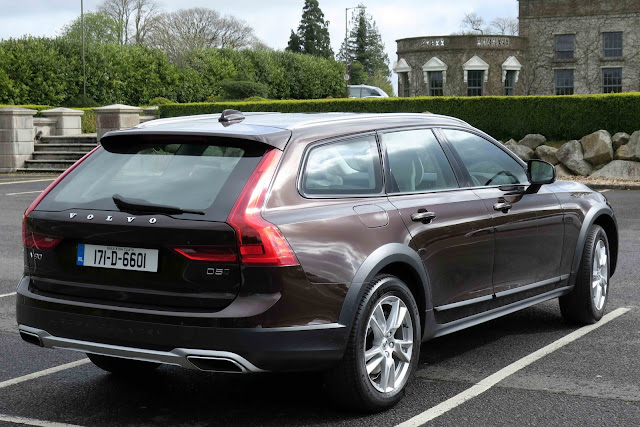 The overall look has, oddly, a little less presence than its saloon counterpart. To my view anyhow, due to that curved back end. But a colleague who had driven behind me said it still looks very good to those whom it passes. 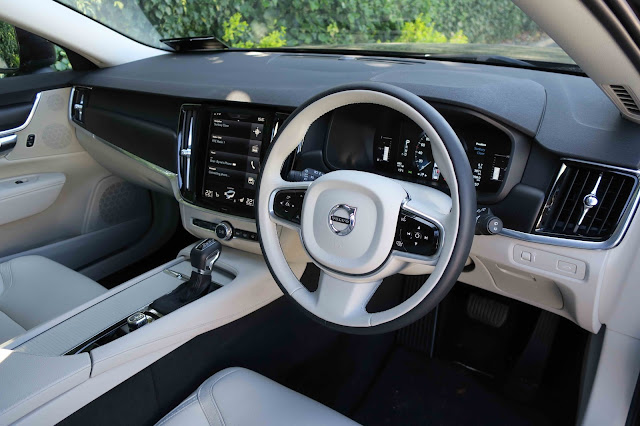 Inside, as I've noted, all is high end and quality. Even the very large, vertically oriented centre screen looks just right in the overall context, its cool bluish theme perhaps a reflection of the kind of land where it comes from — 'Built by Sweden' is one of the car's splash lines. 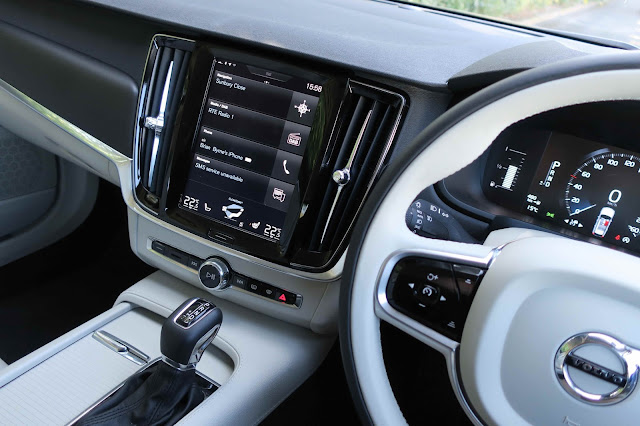 That screen uses the iPad system of swiping to get to various elements, and that worked pretty well during my sojourn with the car. While a remain a non-convert to too much reliance on touch-screens in cars over physical controls, this one is big enough to tap the right virtual 'buttons' on without too much distraction.

Putting the review car into perspective, it was top of the range Momentum grade with the 235hp 2.0 D5 diesel, fully automatic, and with AWD. There's a more tough Cross Country variant available, but this one will still bring you safely through the most extreme driving conditions to be found on tarmac or ice.

There were none such in Ireland in the last couple of weeks, so my various trips — and I took a few longish ones just because I had such a machine — were just comfortable and luxurious rather than battling the sometimes Arctic environment of the car's home country.

It's a big car. Similar in length to its Mercedes-Benz and BMW competitors, and a bit wider, so there's no compromise on passenger space or the luggage they might have with them (the E-Class wagon does carry more in the boot, though).

It's a quiet car, as you'd expect, especially as with all that power under the bonnet it never has to be stressed to high revs for good acceleration.

It also had the latest levels of technology moving some of today's cars closer to self-driving capability. Again, I'm naturally loth to hand over my control and attention — and responsibility — to a computer-and-sensors system, but I do have to try them out. The active cruise control does work exceptionally well, even down to stop-go traffic in motorway tailbacks. For short stopping periods in these, it stops the car and doesn't need to be reset to move off with the traffic again.

The car also had lane-keeping available, monitoring the road markings and turning the wheels when the car is drifting towards crossing a line. But if left to its own devices (with my hands loosely around the wheel), it can drift from one line to the other depending on camber, and that looks from outside like your driving in a weaving way. So after testing it, I stopped using it.

We've a way to go yet with this autonomous driving.

Using the car in the traditional way provided a very enjoyable drive through scenic spaces in striking distances from my home. And offered exceptional comfort to my passenger, who especially remarked on the seats.

Negatives? Well, one anyway. At this level of any car, I would have expected a rear view camera as standard issue. The price of my review version is almost €60,000 and if I wanted to have a camera, it would have cost me a minimum of €2,202 for the 'Convenience Pack'. A seriously important safety feature costs nothing extra in a lot of much less expensive cars (and in the US they all have to provide rear cameras as standard anyhow). Here, its lack on any Volvo is a significant black mark to a brand that built its place on safety.