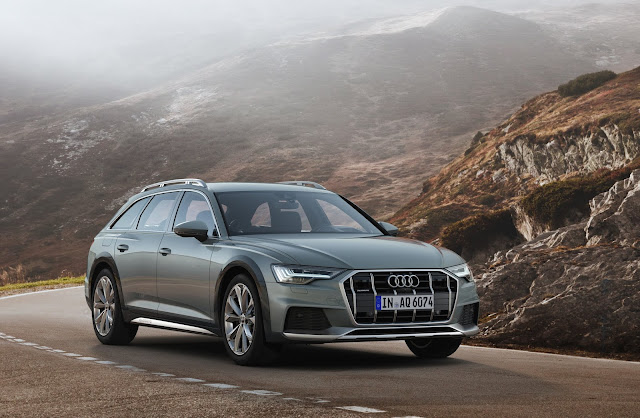 Some 20 years after its debut, the fourth generation of the Audi A6 allroad quattro will go on sale here later this year, writes Trish Whelan.

With standard all-wheel drive, adaptive air suspension and increased ground clearance, Audi say it is just as much at home on the road as it is off.

The powerful V6 TDI engine offers ample pulling power for up to 2.5 tons of towing capacity.

The A6 allroad quattro body is up to 45mm higher than the Estate version. Ground clearance at standard ride height is 139mm which can be adjusted with a speed-dependent control strategy.

The car is offered here with a powerful V6 TDI engine, adaptive air suspension with up to 60mm of variable ground clearance and hill descent control as standard.

The TDI unit comes standard with Audi’s mild hybrid technology which can reduce fuel consumption in real driving conditions by up to 0.4 L/100kms. It works on the basis of a new 48-volt main electrical system.

The new version is 4.95 metres long, 1.90 metres wide and 1.50 metres high and has a wheelbase of 2.93 metres which provides generous amounts of space. Like the A6 Estate, luggage capacity is between 565 litres and 1,680 litres with the rear seats folded down.

Standard items include an electric tailgate and the automatically opening luggage compartment cover.

The car gets the same extensive infotainment range found in its A6 and A7 siblings. The digital operating system comprises a top large 10.1-inch screen in the top-of-the-line version, used to control the infotainment. On the 8.6-inch display, the driver operates the climate control, the comfort functions and the text input.

An option is the Audi virtual cockpit with its 12.3-inch display as is the infotainment control centre - the MMI navigation plus including LTD module and Wi-Fi hotspot. The navigation learns based on previous journeys and can provide the driver with suitable suggestions when choosing a route.

Prices will be announced closer to launch. 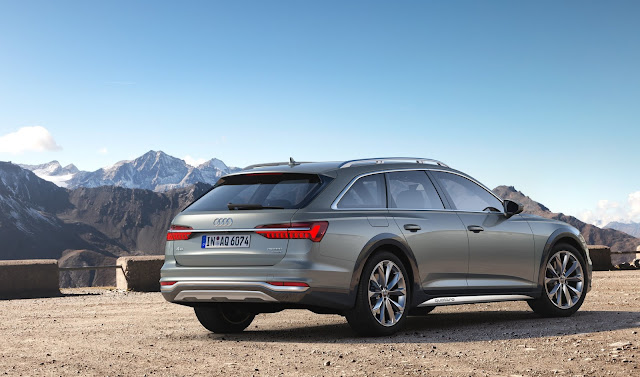