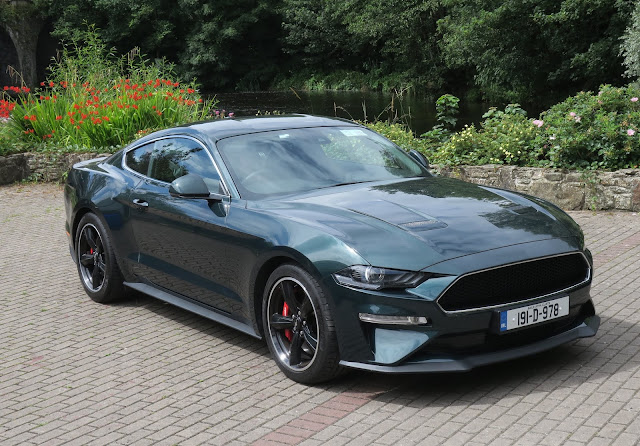 The late Lee Iacocca was the US Ford guy who decided in the mid-1960s that there was a market for an affordable sporty car based on the humble Falcon sedan, writes Brian Byrne. He nixed a couple of smaller concepts before deciding on a version that was still a ‘family man’s’ potential buy. Built on the Falcon’s underpinnings, it was only about $400 more than the sedan’s $2,400.

The rest is icon history. I remember because I was at the time fascinated by American cars, in motor magazines which then crossed the Atlantic.

I had a special version of the Mustang to drive within a few weeks of Iacocca’s passing last month. The Bullitt is a limited edition version of a model still totally individual more than five decades after it debuted.


This one doesn’t have a Ford oval badge, nor a Mustang name anywhere. It doesn’t have the classic motif in the grille. Only, in the back panel behind where the original had the fuel filler hidden, the name ‘Bullitt’.

But everywhere I drove, the car drew recognising looks. Unmistakably a Mustang, the icon. Even though the model had never been sold here until a few years ago.

I’m old enough too to remember actor Steve McQueen in the movie ‘Bullitt’. The 10-minute car chase where he drove a 1968 Mustang fastback in ‘yumps’ on the hilly streets of San Francisco was the best ever movie product placement. I’ve driven those streets too, though not at movie stunt speeds.

The Mustang Bullitt is an homage to McQueen’s film. It’s top spec, but understated cool. The green of the review car is the same as the one used in the movie. There’s a black option. Black is also the theme of the unique grille, and in the pockets of the alloy wheels. 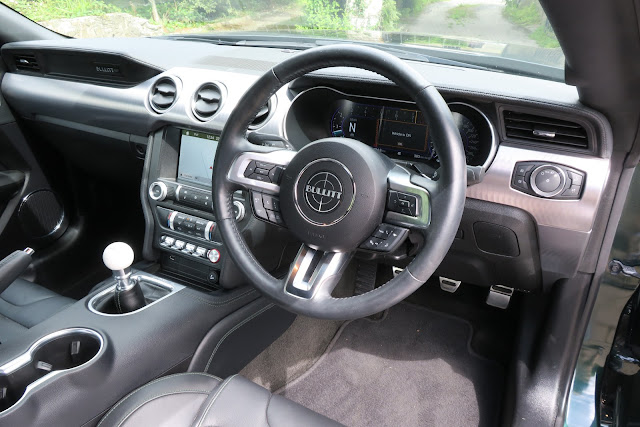 Inside there’s green hand-stitching in the trim. A Bullitt badge on the dash with the car’s own unique chassis number. The white ‘pool ball’ knob on the 6-speed manual floor shifter. A dedicated aluminium dashboard decor. All together though, there’s no feel of flash.

I’ve driven this car on a race-track, a powerful beast which needs more space to truly have fun with. My more recent experience on a mixture of motorway and main roads and a variety of secondaries was actually much better.

The Bullitt engine is an uprate of the standard Mustang GT’s V8 petrol, offering 460hp and thumping torque. On startup and if given welly it has a most glorious sound. You try not to be a showoff ... but more often than not fail. The manual gearbox action reflects the relatively heavy sporty car feel, but is an absolute and accurate joy to use.

Fuel consumption was agreably better than Ford officially claims. My 11.3L/100kms was only a little less than I used to get in the car where I learned to drive, my father’s 1.6L 1961 Ford Consul's 27mpg.

The price point, though, is nothing like that of the original pony car. Bullitt is aspirational rather than accessible for even most of this generation's Mustang buyers. But it was a special experience to have it for a week. Thank you, Lee Iacocca, without whom that wouldn’t have been possible. Rest in peace, in an eternal Ford Mustang. 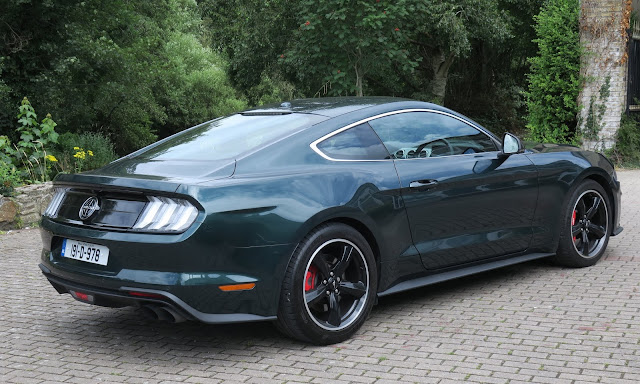