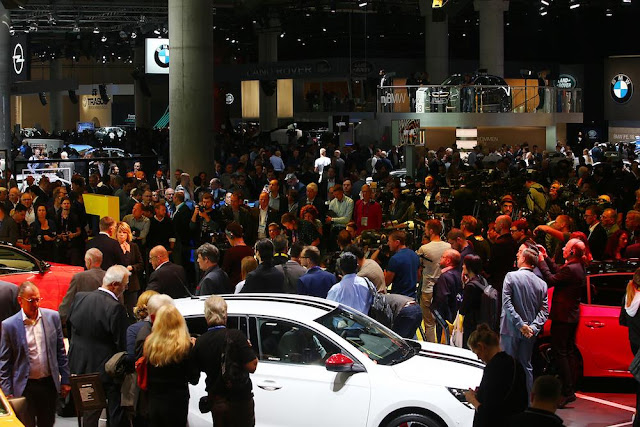 The traditional big motorshows in Europe are becoming more for their local consumer markets, and many carmakers are preferring to have their more important reveals at events of their own, writes Brian Byrne. Though the Frankfurt Motor Show this week is still a draw for many thousands of journalists and motor business people to the Press Days debuts, the no-shows include Aston Martin, Bugatti, Citroën, Ferrari, Fiat, Jeep, Kia, Lancia, Mazda, Nissan, Peugeot, Rolls-Royce, Suzuki, Subaru, Tesla, Toyota and Volvo. But there's still a fair bit to report on, much of it electric. 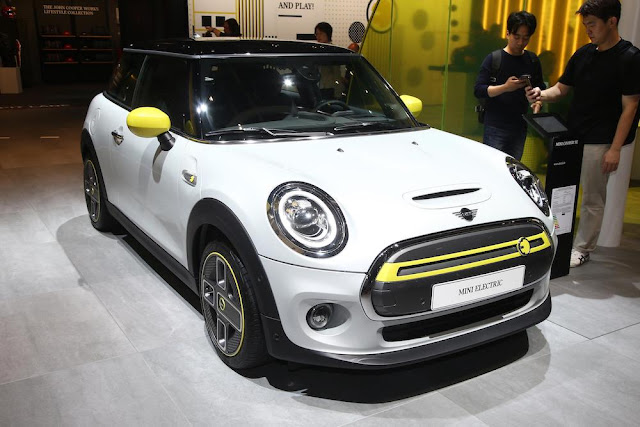 With an even greater emphasis on electric cars than has been growing over recent years of shows, the Mini Electric detailed a few months ago makes its public stage debut. Available from next year, the car is expected to be one of almost half of the total BMW range which will be fully electric by 2023. It has a 0-100km/h capability of 7.4s. 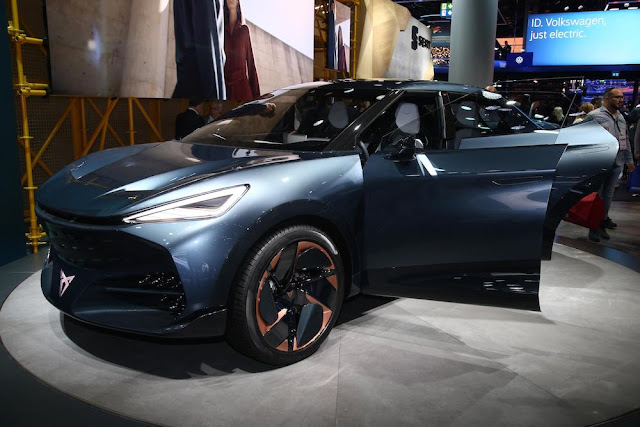 The Tavascan all-electric SUV concept from Cupra, the standalone sports brand within SEAT, is powered by two electric motors, one on each axle. The total output is 306hp and the claimed range is 450km. 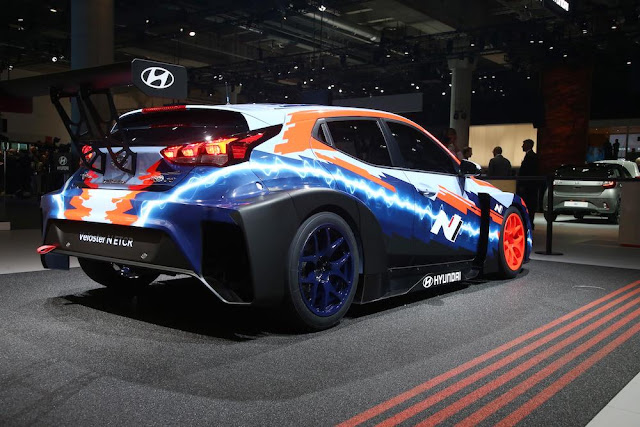 This is Hyundai's first ever electric racecar, the Veloster N ETCR. It has a mid-mounted motor with rear-wheel-drive and will compete in the new ETCR series. Hyundai says electric racing will become one of the 'pillars' of the company's strategy. 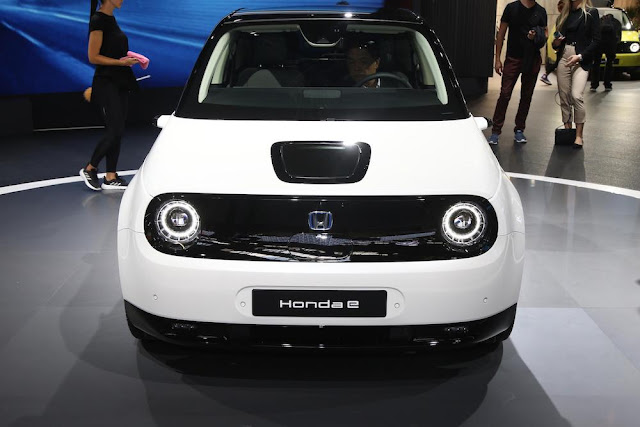 Honda's 'e', an electric urban car which has been previewed at a number of recent shows, appears in production form. It is the first Honda to be built on a dedicated EV platform. It has a range of around 200km, and 80pc of recharge can be achieved in 30 minutes with an appropriate charger. 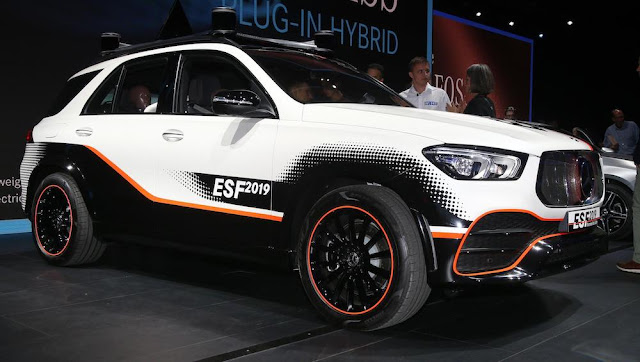 The Mercedes-Benz ESF, based on a hybrid GLE, is a rolling showcase for the company's ideas in safety technologies. It's the latest in a line of Experimental Safety vehicles and among the details at Frankfurt is a retractable steering wheel and pedal box. There's also a dynamic lighting system built into the sun visor to try out how mood lamps can improve a driver's alertness.

This Lamborghini Sian FKP 37 has an unusual link in its name — it honours the late Dr Ferdinand Piech, who was behind Audi’s takeover of the Italian supercar maker in 1988. The 37 relates to the year he was born. The car is a hybrid based on a 774hp V12 engine. There’s no battery for the electric motor, instead a unique super-capacitor which can be fully charged every time the brakes are applied. 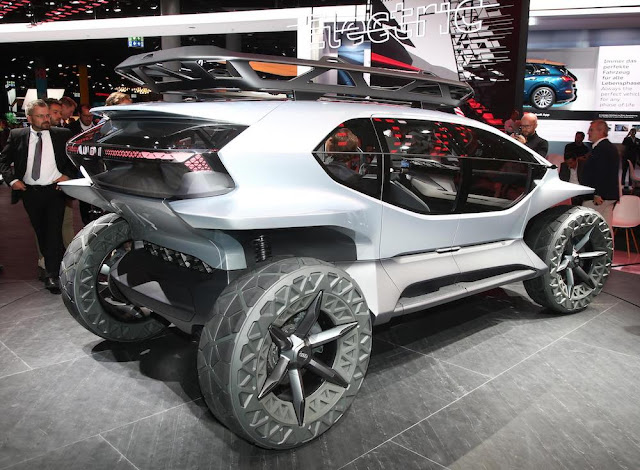 In a showcase of key cars in a simplified range, Audi's most interesting vehicle in visual terms is the AI: TRAIL concept, which gives a sense of the brand's thinking on electric offroad vehicles. The concept is also a think-bed for automated driving, and with glass all the way to floor level, it certainly has unrivalled visibility for those occupants with not a lot else to do. 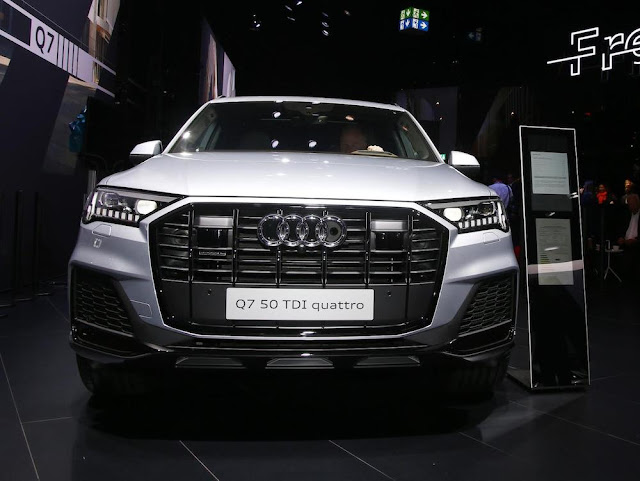 Meanwhile, in its established road cars the very sharp-looking front end of the revised Q7 gives an indication of many improvements to that model. 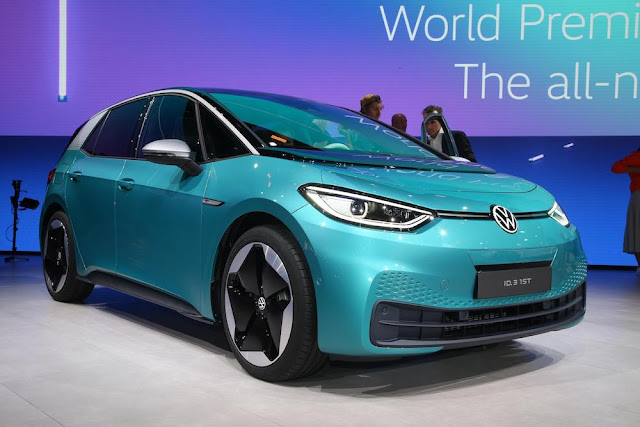 Volkswagen's much-anticipated first dedicated electric car, the ID3, is targets to start at under €30,000 in its first markets, available from mid-2020. The Golf-sized car will be offered with three battery sizes, with ranges from 330km-550km. 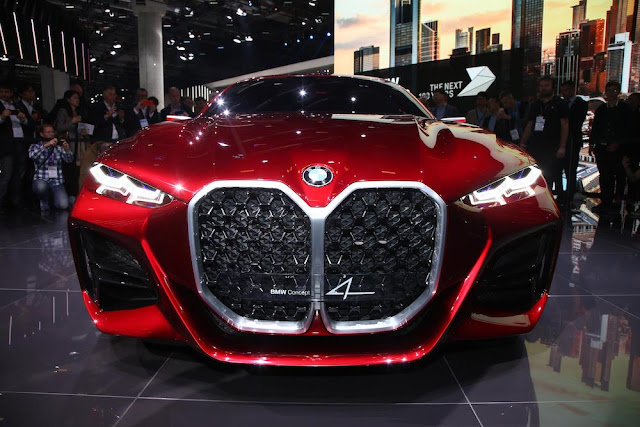 BMW is using its 4 Series coupe as the base for a concept to showcase its future styling thoughts in 'aesthetic essence'. Maybe the Concept 4 looks a bit in your face, but that's what concepts are for. The brand also has a concept offering an update on its work in fuel cell technology, the i Hydrogen NEXT. 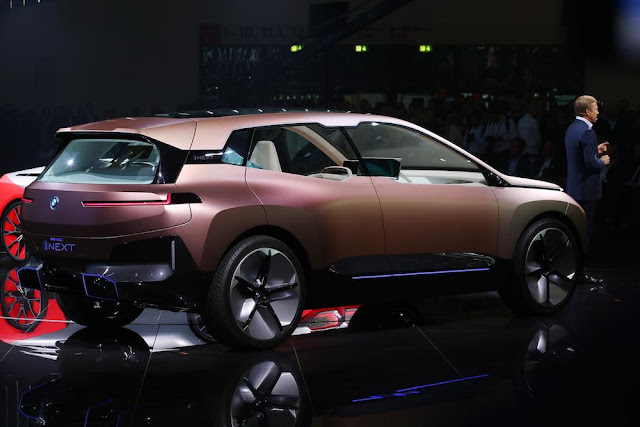 Electrification is a strong underpinning of BMW's current strategy, and a number of its PHEV model versions are also on display. 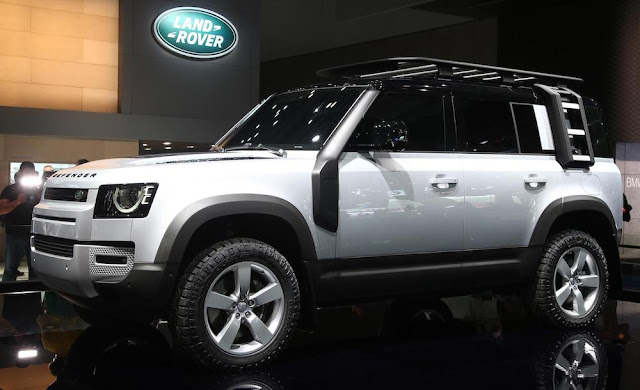 Sometimes you have to kill off and then resurrect an icon, which is what Land Rover had to do with the Defender. It has taken a few years since they let go the car that is still the image of the foundation of the brand as an extreme conditions vehicle maker. The all-new Defender debuted at Frankfurt is claimed to be all what the original was and much much more. It is clearly a more upmarket Defender than before, but the makers claim it has a toughness and ability above and beyond the normal standards. The powertrain is electrified with mild hybrid technology and there will be plug-in hybrid variants of its petrol and diesel engines in the future.

In the very electric ethos of this year's Frankfurt show, the Mercedes-Benz Vision EQS concept is a study of how an all-electric top end luxury car is envisaged. There's much in the show car of futuristic style along with technology which is already in train. Those in the fortunate space of being familiar with luxury yachts will be at home in the interior. While the electric powertrain offering a 4.5s acceleration to 100 km/h will satisfy the speed merchant classes. Range of a production version will be up to 700km. 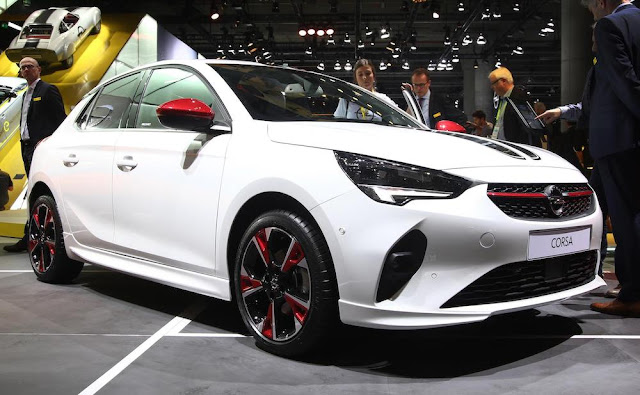 Opel's fifth generation Corsa is one of the three draw models at Frankfurt, the others being a 300hp Grandland X Hybrid4, and a revised Astra. The Corsa will come early next year with new diesel and petrol engines, and there will also be a fully-electric version e-Corsa with a range of 330km. The new Corsa is some 10pc lighter than the outgoing generation, suggesting an improvement in handling as well as better economy. The latest Astra also gets a new set of engines. 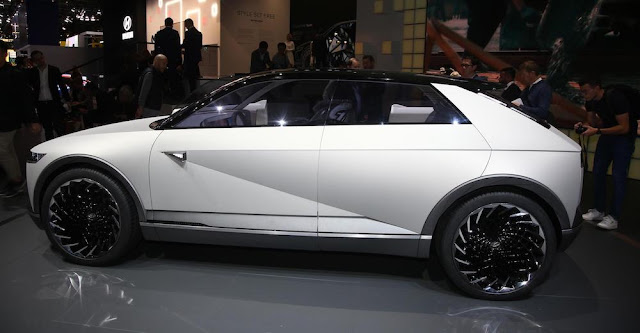 Hyundai has been one of the world leaders in getting electric and electrified cars to market after the breakthrough work of Renault-Nissan. At this year's IAA, its Concept 45 takes a retro look via its original Pony Coupe Concept from 1974 to tease about future electric and autonomous possibilities. A 'lounge' interior previews the eventual self-driving capability. 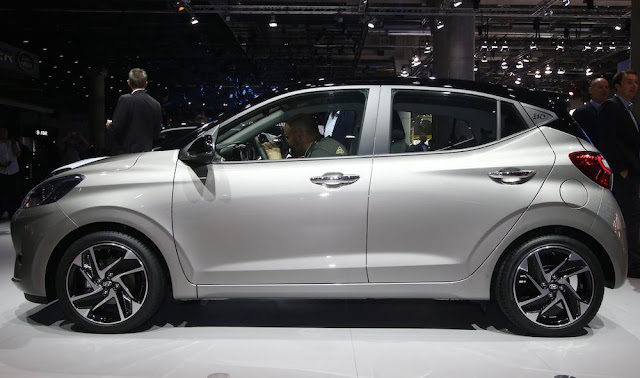 A completely new i10 is also shown, with a longer wheelbase allowing for better people packaging, while better visibility is also a feature. Goes without saying that buzzword connectivity will be up to latest standards. The 1.0 and 1.2 petrol engines have manual and auto choices.