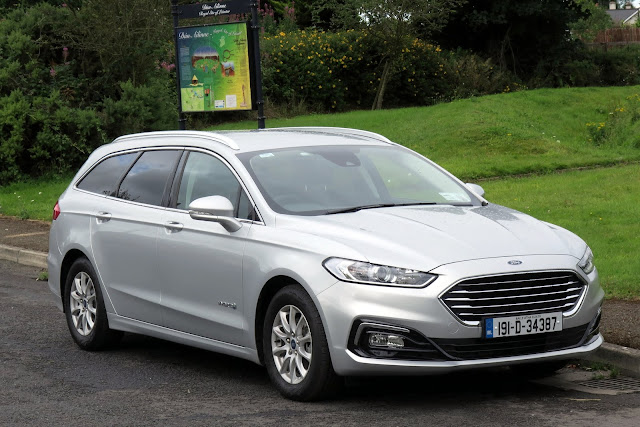 As a nameplate Mondeo has been driving through the roads of Europe since 1993. That itself a testament to a carmaker doing something right, writes Brian Byrne. I'm on multiple record as opining the current Mondeo is maybe the best car Ford ever built. Probably. So, one reason to smile when they offered me a Mondeo once again.

Another was because it was the estate version. Again, my grá for wagons is well documented over more than three decades of this work. Third, it was the hybrid Mondeo, the blue oval's first electrified offering on this side of the Atlantic.


All the good stuff that makes Mondeo what I like was naturally in place. Stylish, spacious, solid, and a sweet drive. Comfortable, cargo commodious, a quality finish without being splashy, in the Titanium grade. Mostly, the sense that this model still fits my size and my driving life, and would do so if it was to be the only car I would own for the rest of it.

Nothing new there. Which leaves the powertrain. As long as customers preferred diesel engines in Europe, there was no point in Ford bringing its electrification technology over from the US. But the diesel love affair has waned, and also hybrids are no longer considered outside the mainstream, thanks to Toyota.

Ford has a very strong development programme of electrification, ranging all the way from the hybrid Mondeo, and other models too, to full electric motive power for cars and vans. A recent agreement with Volkswagen will accelerate both brands' moves in the sector. 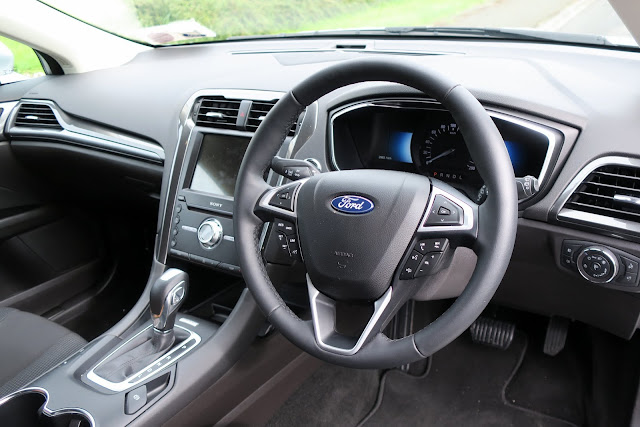 This generation of Mondeo has been around since 2014, so most readers will be familiar with the details. The familiar to Fords centre stack screen, easily navigated and with some of the best graphics in the business. The main instruments kept simple, the hybrid monitoring element nicely non-distracting.

Plenty of elbow and head room for all on board, and behind me exceptional legroom for rear passengers. The cargo area loses some space with a higher floor because of the hybrid battery underneath. Still plenty of luggage capacity, though.

The car drove smoothly and was also noticeably silent. The 2.0 petrol engine and electric motor outputs 187hp. Because they work better with hybrid systems, the automatic is a CVT. I have colleagues who sniff at these, but I find they work very well indeed. As in this application. After all, this car is meant for family use, not on a hot track.

Hybrids work great in a mix of urban and suburban driving. Not so much on long motorway runs, and that was again proven by my time with this car, where I did a couple of the latter. Nevertheless, of 470 kms driven, 110 kms were in electric drive. I left the car back, still smiling, with an estimated range of 351 kms. My overall consumption was 5.2L/100km, which I think was both very respectable and competitive with diesel for a big car. 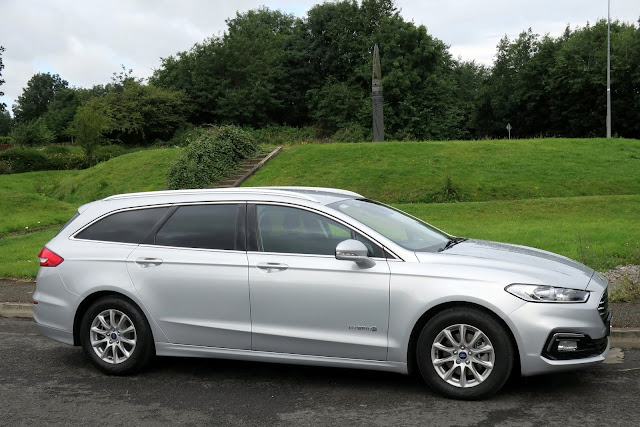