I drive the only A90 GR Supra sportscar in Ireland 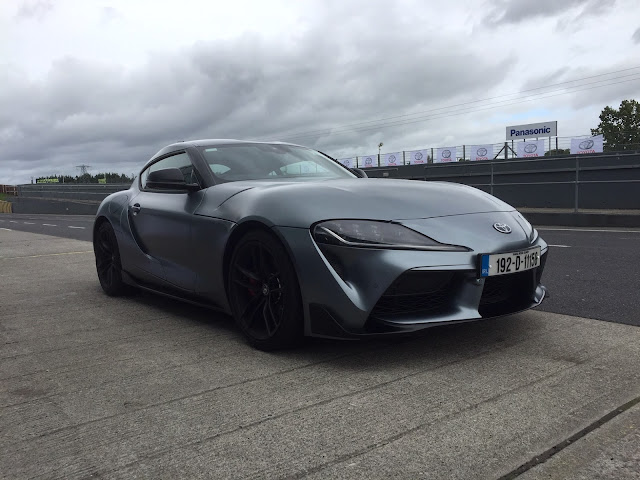 While the ninety editions of Toyota’s new A90 GR Supra have already sold out globally, Toyota Ireland managed to secure one unit for Ireland, writes Trish Whelan.

This is a very rare car indeed with such a small number built and with France, Germany and the UK all pitching for all ninety of them.

I got to drive this special sports car around the Mondello track in Co Kildare last week. It looks and drives like a sports car should giving an altogether thrilling driving experience.

Toyota claim this is no mere sports car but 'is the purest expression of performance, designed to allow driver, car and road to become on'. They say it is set to define the next generation of performance.

Before we took to the track, there was a short briefing on the car given by Aidan Timmons, Product Manager at Toyota Ireland who said to bring a Supra to market in 2018 would have taken years to achieve if the company had not cooperated with BMW to use their 3.0 engine (BMW Z4 shares the same platform and uses this engine), but Toyota say this car is ‘a Toyota drive’; a thoroughbred with a front-mounted engine, and rear-wheel drive.

In size, the Supra is just a tad longer than a Toyota Yaris. The car's  extremely low centre of gravity proved a huge plus, sticking the car to the tarmac when I drove it around the Mondello track.

The car’s performance was honed on the famous Nurburgring Nordschleife with extensive testing in Germany and on roads around the world. 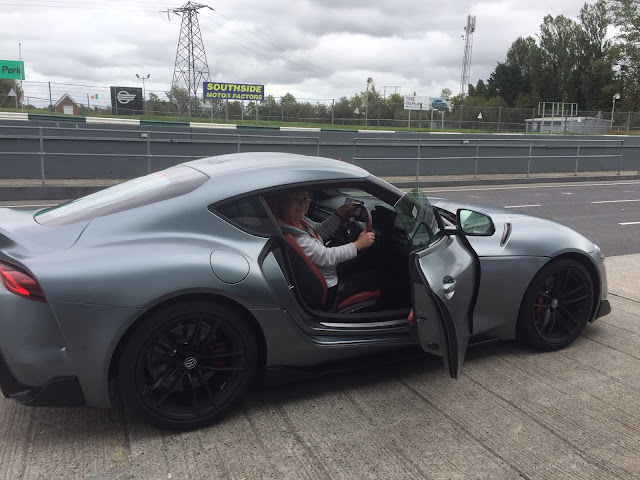 Design cues come from Toyota’s sports car heritage - long bonnet, compact body and double-bubble roof influenced by 2000GT, muscular rear wings and integrated spoiler are inspired by the 4th generation Supra. The driver-focused, two-seater cabin is beautifully designed. The low, slim horizontal dashboard maximises the forward view out; the windscreen is narrow but you get to used to it quickly.

You sit more centrally in the car than normal but it does provide an engaging feel. Seat bolsters are adaptable. You can let them out if you are taking the car on a long motorway cruise for extra comfort. I felt them to be a really comfy and snug fit.

This is a Euro 6, 3.0L straight six (2998cc) 340 DIN hp engine with a whopping 500Nm of torque, and an 8-speed automatic transmission. This single, twin-scroll turbo delivers seamless power and instant response when you press the accelerator pedal.

Tearing up the straight at Mondello was a super experience with my foot to the floor. Then negotiating more slowly around the bends, and taking good lines as instructed, I found this car to be beautifully balanced with a perfect 50:50 weight distribution.

The GR Supra entry price is from €81,260 while the Premium coupe comes in at €84,335. Toyota say there are no performances differences between both versions.

The name ‘Supra’ comes from the Latin for ‘above’ or ‘transcending’ and Toyota say it is a fitting name for their most famous sports car. Now, over 16 years since the previous production ended, the Supra still enjoys iconic status among sports car fans. The Supra line can be traced back to another icon, the beautiful Toyota 2000GT of the ’60s and that car’s influence can be felt in every incarnation of the Supra. Over its 24-year production life, the Supra evolved from a sporty and luxurious grand tourer to the pure, uncompromising sports car we know from the ‘90s.

Supra’s Chief Engineer said he knew his mission was ‘to create a design that would be visually and physically exciting to sports car fans’. He has certainly succeeded in doing just that! 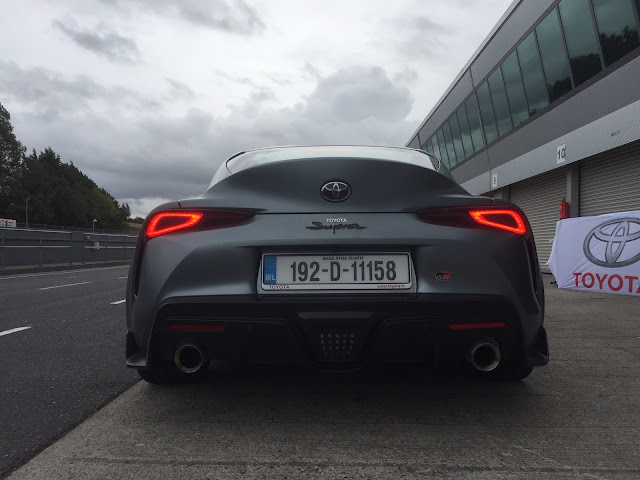