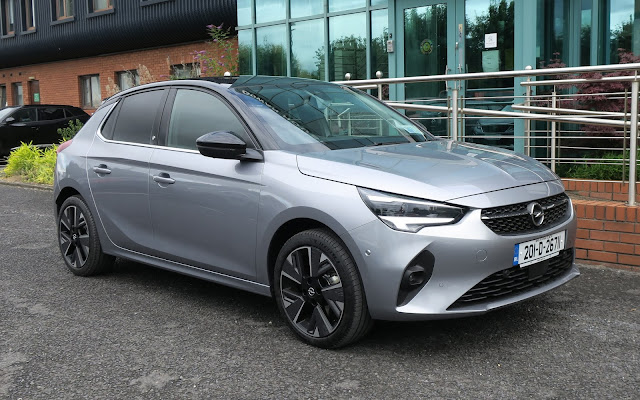 Opel's new generation Corsa landed in Ireland in February, and I didn't get a chance to drive one until recently because that pesky lockdown got in the way, writes Brian Byrne. So the first version I had for review happened to be the electric one, the Corsa-e.

But let's look at the model generally first. It's the sixth generation of a nameplate which has probably been the driving instruction vehicle for two generations of young people. It may also have been the first car for many of them. And also one for many older people downsizing into retirement.

Getting the Corsa to its new space took some extra time. The sixth version was delayed pending the outcome of merger negotiations between the GM-owned German brand and the Peugeot-Citroen PSA Group. So instead of a usual seven or eight years between generational changes, this one took an even dozen. It's an all-new car, with no carryover from its predecessors, instead being a close cousin to Peugeot's new 208. But very Opel in looks, feel, and the way they've set it up.

Looking at it, you can't help feeling that it has moved up a slot in car sizes. It's partly a visual translation of the style, and partly because in its supermini segment it is the biggest. Most recent Corsas had a kind of non-aggressive cuddly look. The new one, apart from seeming more substantial, comes with 'hawk-eye' headlamps hunting prey. There's more bulk in the rear, again suggesting a bigger car. Between them a strong profile doing the same thing. 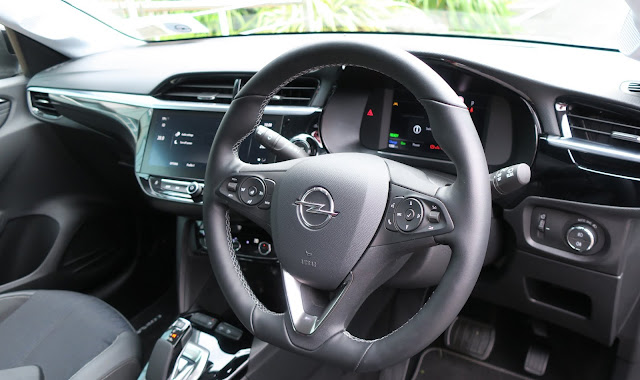 Inside we're looking at design and finish which is in many ways familiar Opel, although maybe tempered by the softer PSA influence. It's a good mix. The longer wheelbase and a decently tall rear passenger space makes for a supermini with real room for a pair of teenagers or even not too tall adults. It could be a family car for longer than most of its segment which have to be left behind when a family grows. All in all, all good.

Now, in powertrains, this is one of that increasing number of car models which offer traditional internal combustion petrol and diesel engines and a fully-electric variant. For which last it was fully designed at the outset, so the EV power doesn't feel like an afterthought. For the record, there are 75hp/100hp petrol options, and 102hp diesel. The electric motor of my review car spins out 136hp.

Even though the electric car is 50pc heavier again than its petrol counterpart, that gives it a very smart 8.1sec acceleration to 100km/h against the 9.9sec of the 100hp petrol, and very much more than the 13.2sec of the 75hp. Which is why, when I had my review Corsa-e out, I came away from every drive with a sense of having had fun. That extra weight could be felt under the floor, but added the sure-footed feel of a low centre of gravity. No, I didn't go and throw it around the mountains. Partly because of time constraints. Partly because I don't think the customers for this one will have that on their priorities list.

What they will have is range. And the Corsa comes with 330kms in Normal driving mode, and the possibility of up to 40pc more driving in the Eco mode. Punch it into Sport, and Opel say it only takes 10pc off the Normal. For everyday use, none of that matters — as I keep saying, if you own the car you'll be starting every day with a full 'tank' of at least 330kms. How many days of the week or month will you be doing the same with your petrol tank? 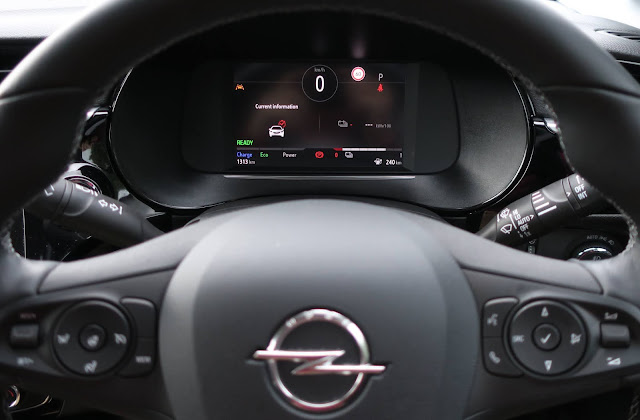 Of course, there's the cost. The significantly bigger cost of buying EV. In the Corsa, it's almost €10,000 more than buying the basic Corsa. Which nobody does. So it's a bit less than €6,000 more than the 100hp petrol, less than €5,000 more than the diesel. And you get an automatic drive with the EV. Now the buy makes close to sense. 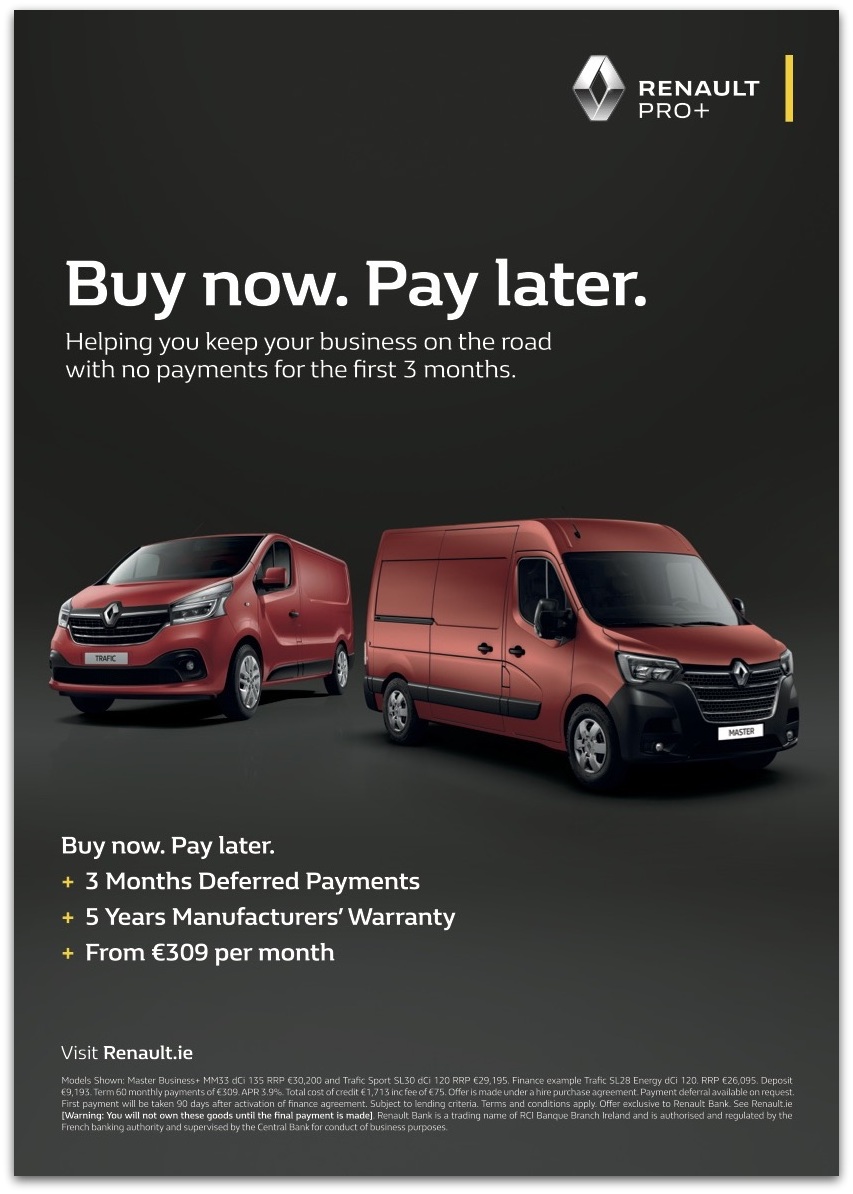 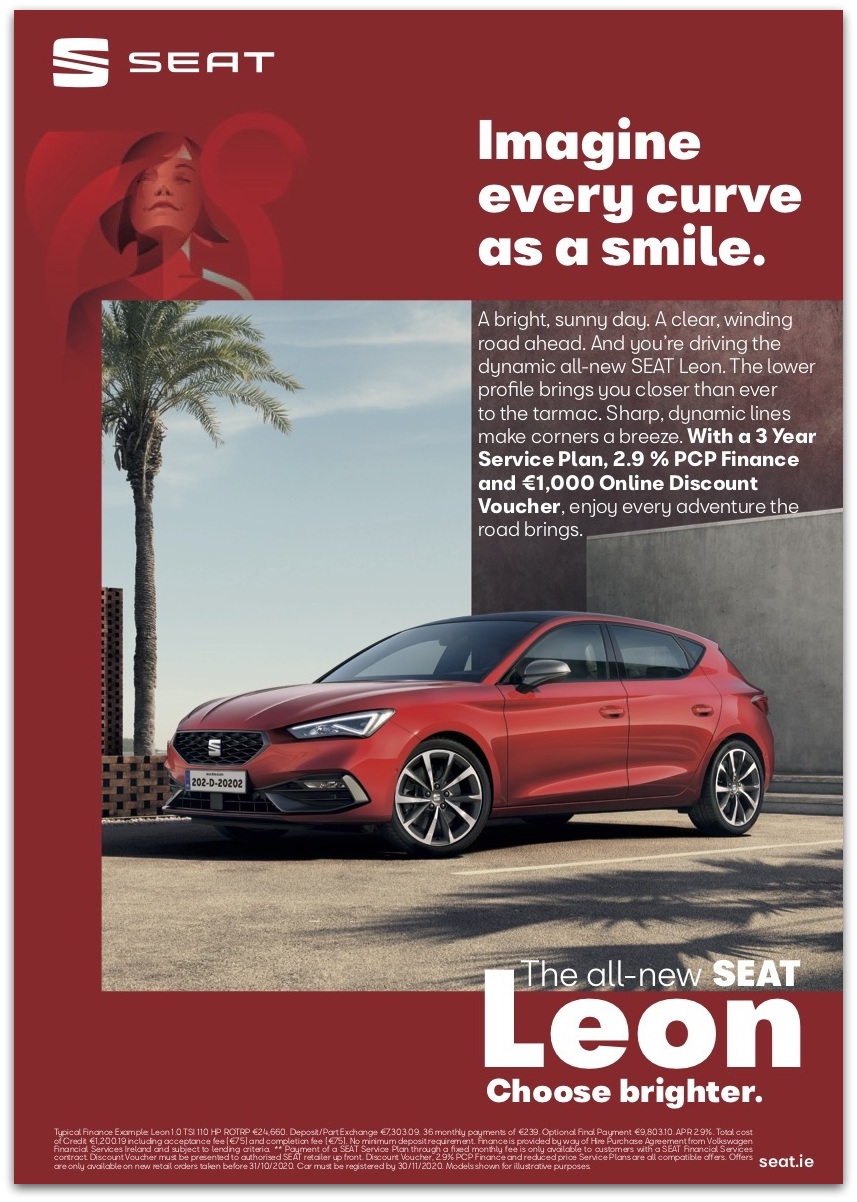