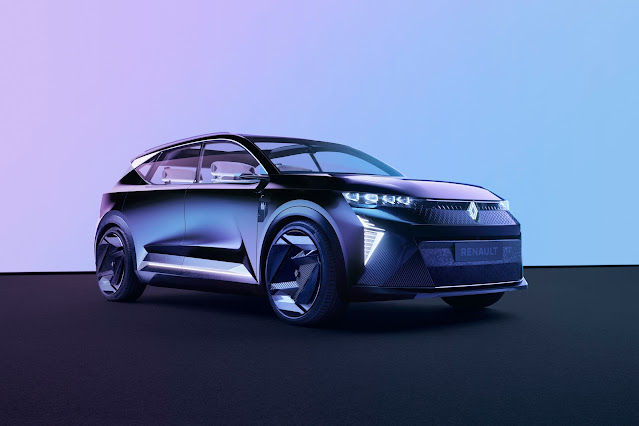 It is powered by a one-of-a-kind hybrid - electric and hydrogen - propulsion system. The 40 kWh battery is recyclable and will be made in France by 2024 at the Renault ElectriCity Gigafactory. It has a 14kW fuel cell to recharge it during long drives and thus extend its range. Renault say in 2030 and beyond, it will be possible to drive up to 800km with the hydrogen tank able to be refilled in five minutes or less, once the network of hydrogen stations is large enough.
Its design and manufacture incorporate methods that the Renault Group and its brands will use to achieve carbon neutrality in Europe by 2040 and worldwide by 2050. This includes Renault aiming for an entirely electric range by 2030.
Some 70 per cent of the concept’s materials are recycled and 95 per cent are recyclable. Its carbon footprint, including the battery, is much smaller being 75 per cent lower than that of a conventional electric car. 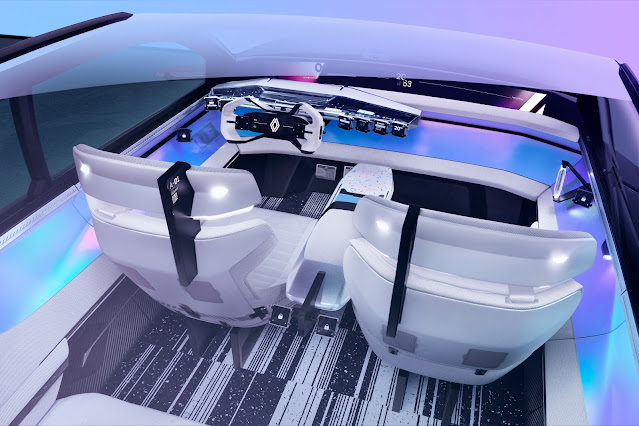