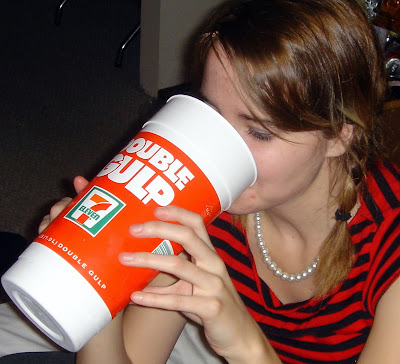 So what has the large Double Gulp soft drink above have to do with the new generation BMW X3?

Well, it was one of a number of American-sized beverage holders which were sent to the BMW design team in Munich, so that they could put in big enough cup-holders in the car.

That was one of the biggest complaints in the JD Power surveys of Americans about the outgoing X3 ... the cupholders just weren't big enough.

Now, apparently, they are.

Which is part of the reason that BMW expects to sell at least 20,000 of the new X3 in the US over the next two years.

It comes to Ireland soon. But we don't have big enough drinks containers for it ...