Fish and Chips in Darwin Harbour a powerful experience 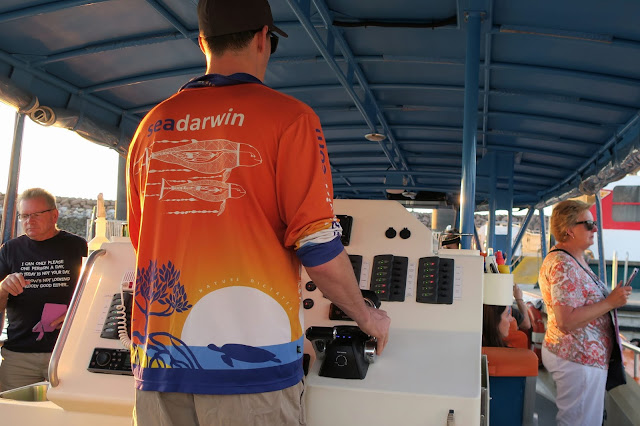 “What’s the horsepower?” I ask Georgia Smith as her brother throttles back following a series of maritime ‘doughnuts’ in the end of evening dark off Stokes Hill Wharf, and settles the boat for its more leisurely finish towards tying up after a night out on Darwin Harbour.

"Triple 300," she answers, meaning three 300hp engines. It doesn't surprise me. The MV Flatback cruiser had shown a very surprising turn of speed several times over the evening as Georgia and her two brothers — “you got the family crew tonight” — had taken us and the rest of the group on the Sea Darwin ‘Fish and Chips Sunset Cruise’ around the harbour area. The engines had been pushed to full song between points of interest, which certainly upped the experience compared to similar trips we've had elsewhere. 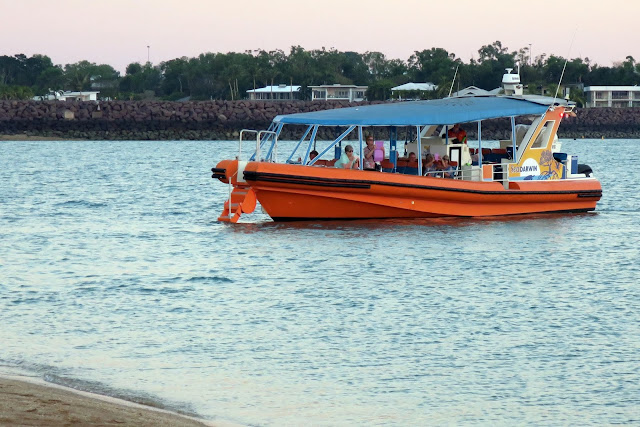 Sea Darwin was established by Georgia’s parents, marine scientist Jim Smith and Heather King, after they and their three children had spent a year transiting the West Pacific ocean in a 40-footer. The family are originally from Tasmania, and given that its capital Hobart is acknowledged as the sailing capital of the continent, it’s not surprising that the young people are so obviously at home with the boat, one of three operated by Sea Darwin. And since it is the family firm, so comfortable in letting it rip.

But the power parts are only the in-betweens. Links between the highlights as the cruise goes from bright through sunset to dark. That’s a pretty quick process in the Tropics, without the slow passage through twilight we’re used to in Ireland.

The cruise begins with a complimentary beer or fizzy stuff if that's your preference. An effective ‘get you in the mood’ ploy. After introductions, Georgia then brings us along by the Australian Navy headquarters for the patrol boats which police the Timor Sea, mostly for illegal fishing, but also monitoring for any would-be illegal immigrants.

The pointing out of expensive housing on the passing coastline is thankfully brief, then it's time to pull ashore to pick up the evening meal courtesy of local fish restaurant Rachael's Seafood Shack, with an apparently very good reputation. Numbers had been phoned ahead, the individually packed meals come in insulated bags, quickly distributed as one of the brothers takes the helm and points us seawards again.

There's a short explanation from Georgia, reflecting the importance the family put in sustainable tourism — every year Sea Darwin leads a group of 30-plus people to nearby Bare Sand Island to clear it of accumulated marine debris. “The fish is threadneedle salmon, caught as a byproduct of fishing for baramundi. But our supplier goes to the Fisherman’s Wharf every morning specifically to buy it, making sure it doesn't go to waste. The potatoes for the chips come from our original home, Tasmania, and the containers are made from a sugar cane pulp, renewable and completely biodegradable.” 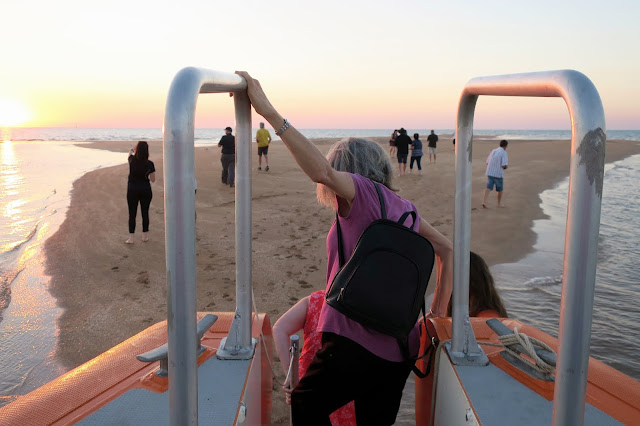 As we eat fish and chips in the nicest way, with fingers at sea, our next destination is a lucky one, only available to the cruise two or three times a month — sunset on a sandbar. At certain low tides the harbour sand forms a couple of low ‘islands’, and this is one of the nights that the Flatback's crew can beach the boat and let us all off, on bare feet, to watch the sun slip swiftly through the horizon to another side of the world. It might well be the most romantic sunset I’ve ever seen, sea lapping around a sandbar only centimetres higher than the water level as the colours of sky and sea shape-shift quickly from rich oranges to deepening indigos. 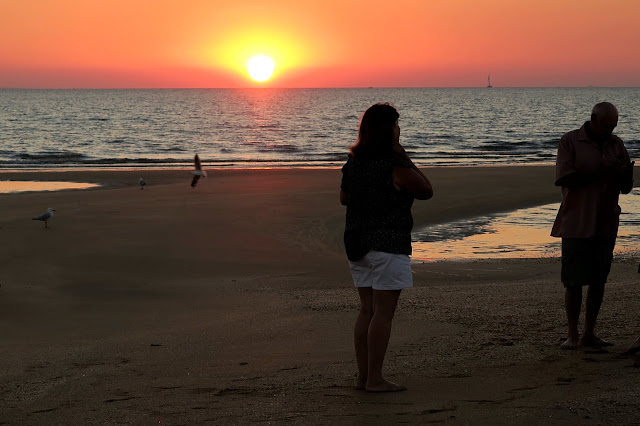 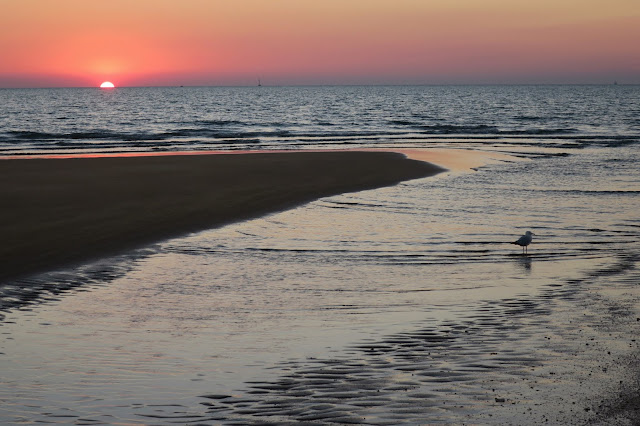 Back in the boat, there's an opportunity for another rare diversion. Further out in the bay is a submarine recharging its batteries. It's almost dark when we get to it, so it's not clear if it is a Navy vessel, or someone's private plaything. But it is certainly noisy with its generators going full blast to top up the current. We circle it, watching the silhouette of the sailor on watch duty on the foredeck watching us. 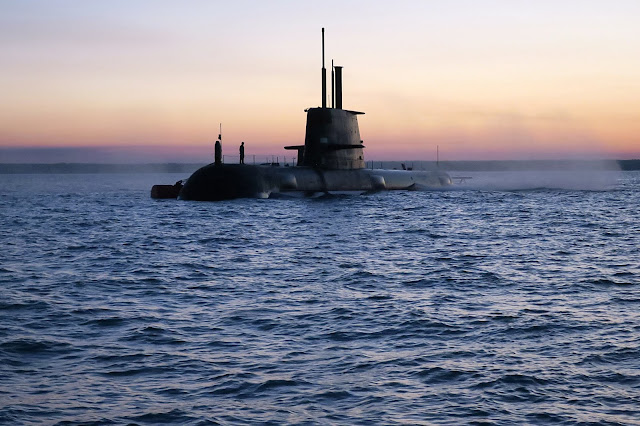 The cruise continues from there back in towards its Stokes Hill Wharf base, with various commentaries from the three young crew on aspects of the city skyline, visible from different angles as they gun the 900 horsepower to provide various perspectives.

It doesn’t sound like a restful couple of hours. But it actually is. There's something about the enthusiasm of Georgia and her brothers not just for their business, but for life itself, which paradoxically slows one down. And of their clear concern for the environment of the Top End, the colloquial nickname for the upper Northern Territory, which is reassuring.

Many of us on the trip that night are of an older generation. Which is the nature of the tourist business during Darwin’s dry season. But there's a magic in the night which somehow makes us all feel a tad, or more, younger again.

Reminding us that youth is not just for the young … and that it is wonderfully infectious.