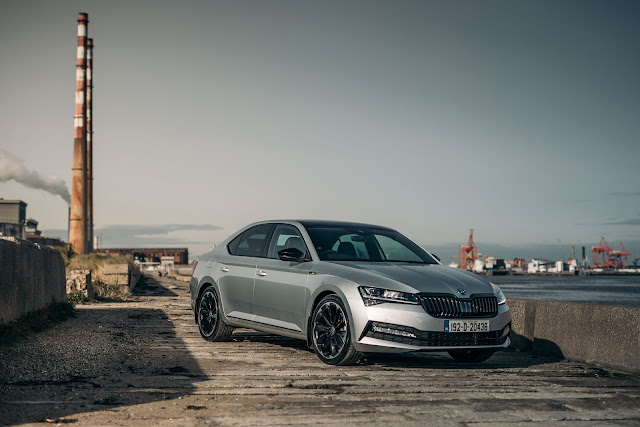 The newly revised Superb goes on sale in Skoda dealerships from 12 October priced from €30,750.

The first Superb was first launched in Ireland in 2001 and has become one of the Czech car maker’s best-selling models with over 18,000 vehicles currently on Irish roads. This is the third and most successful version that has now been extensively revised both inside and out.

Available in a Combi (Estate) and Saloon (Lift back) versions, Skoda has slightly modified the exterior. The redesigned front bumper means the car’s length has increased by 8mm to 4,869mm and by 6mm to 4,862mm in the Combi version. The grille now bears double slats, is larger and protrudes a little further down into the front bumper. From the entry-level version, the narrower headlights come with LED technology as standard for the dipped and high beam. At the rear, a horizontal chrome trim connects the full LED tail lights whilst the new ‘Skoda’ block lettering defines the brand’s new design language. 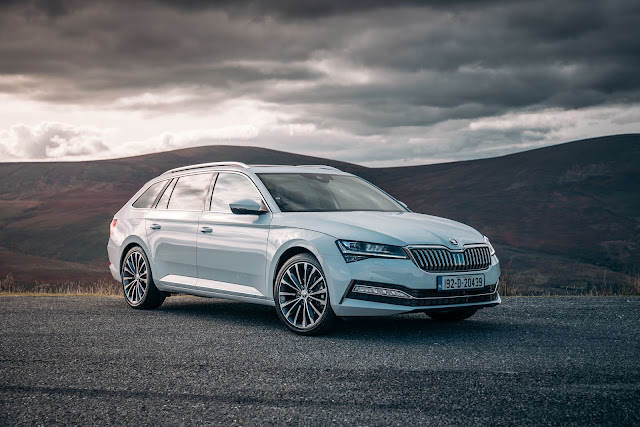 Skoda say the Superb, renowned for its huge interior space, ‘continues to set spaciousness benchmarks in the segment with 625 and 660 litres of luggage capacity in the Lift back and Combi respectively.

Updates include new technologies and a more sophisticated interior. Full LED Matrix headlights are available for the first time in a Skoda production model and feature as standard on SportLine and L&K models. Some new assistance systems are also making their debut, such as Predictive Cruise Control. 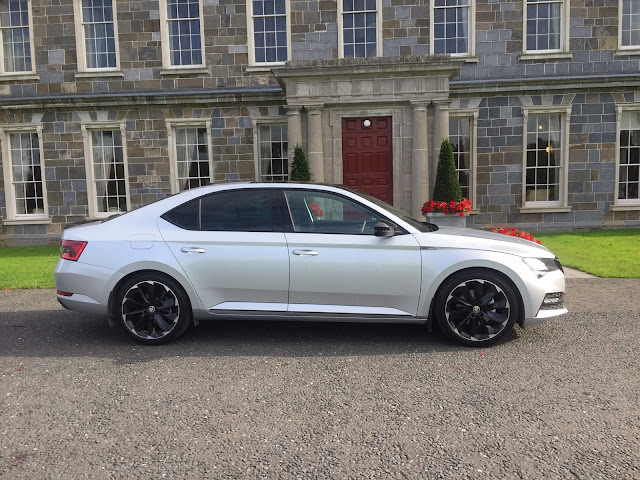 Skoda confirmed that just 3 per cent of Superbs sold are the entry ‘Active’ version with most customers opting for more heavily specced models such as the Style, SportLine and L&K.

Speaking at yesterday’s launch, Ray Leddy, Head of Marketing & Product said: “The Superb has been such an important model in our brand’s evolution in Ireland. The current and third incarnation of the Superb has been a contender for the Number 1 position in the segment overtaking many of the traditional bestsellers. 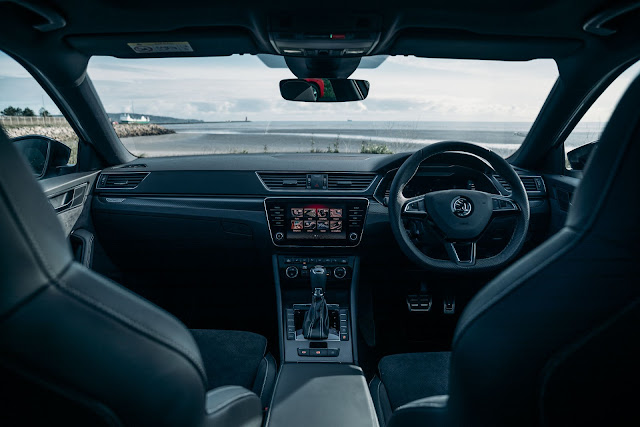 “Thanks to its reliability and excellent residual values, the Superb has been a major success with business and fleet customers, with 23 per cent of its sales being attributed to this channel. We see used imported premium German cars from 12-48 months as the Superb’s biggest competitor.”

The Superb goes on sale from this Saturday. PCP finance is available from 0 per cent up to the 31 October. 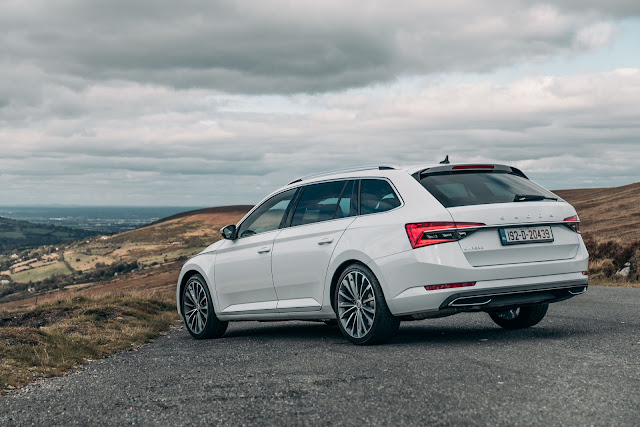