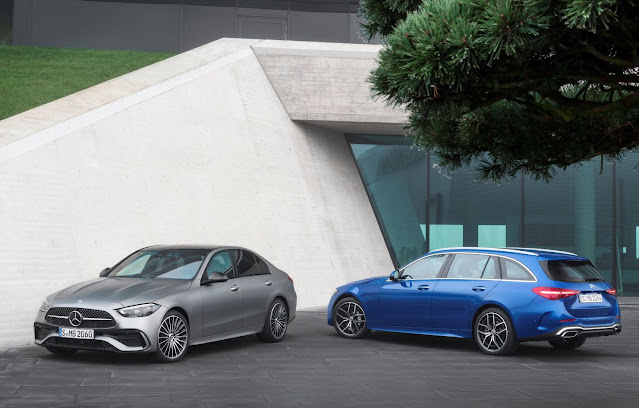 Three decades since its original introduction as successor to the old 190 model, the Mercedes-Benz C-Class has sold just under 11 million units worldwide; the majority of owners attracted by its status as the entry model to the luxury car segment, writes Trish Whelan.

The latest version C—Class, set to launch here next September - has taken another leap forward in terms of its importance to the brand, evident by the presence of features just recently introduced in their flagship S-Class range - the latest generation MBUX infotainment system, optional rear-axle steering and the comprehensive electrification that powers its various elements.

Mercedes-Benz claim that this new model is the most stylish and exclusive ever with its aesthetics, sporty proportions and interior ambience. It is offered in both Saloon and Estate models. Longer and wider, both are considerably larger than before. A 15mm longer wheelbase increases comfort for front and rear passengers. There’s more front and rear space in the cabin with more elbow space and added rear head and knee room. 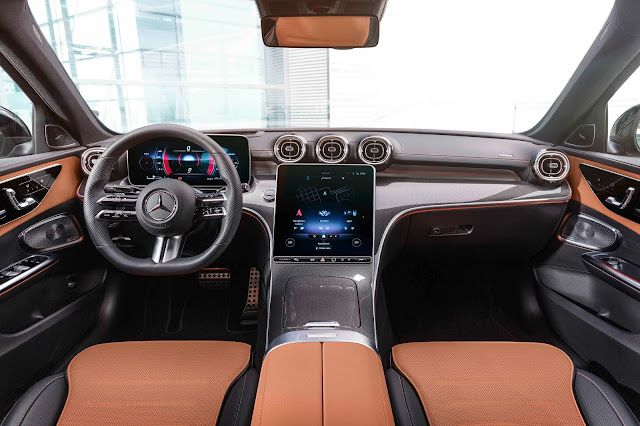 The inside is now more upmarket with a leather dashboard and new veneers in brown and black tones. Most evident is the MBUX and ‘Hey Mercedes’ multimedia and voice-activated assistance systems with touch screen functions. Information is conveyed on a split wing-like section with screens that can be individualised in Navigation, Assistance and Service modes and in three display styles Discreet, Sporty and Classic. Height and length of the load compartment in Estate versions have been increased with an extra 30 litres boosting capacity to 1510 litres. Estate versions also get power tailgates as standard. 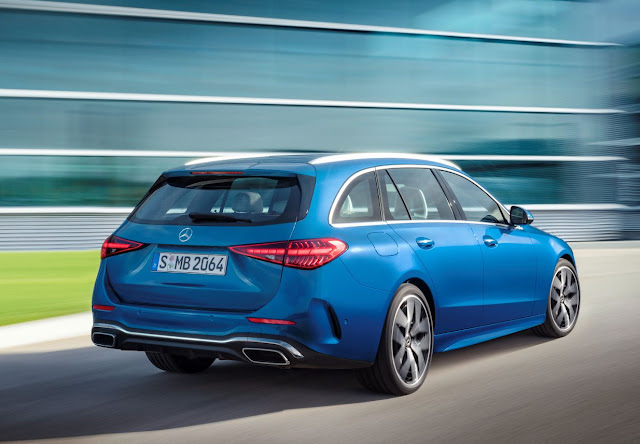 Comparing the new model to its predecessor, Ciaran Allen, sales manager for Mercedes-Benz passenger cars said: “In all but name, the new C-Class is pure S-Class in so many respects and raises the bar beyond what owners might have expected from a first-tier offering in the luxury segment. It sets a new benchmark for Mercedes-Benz itself and others.” 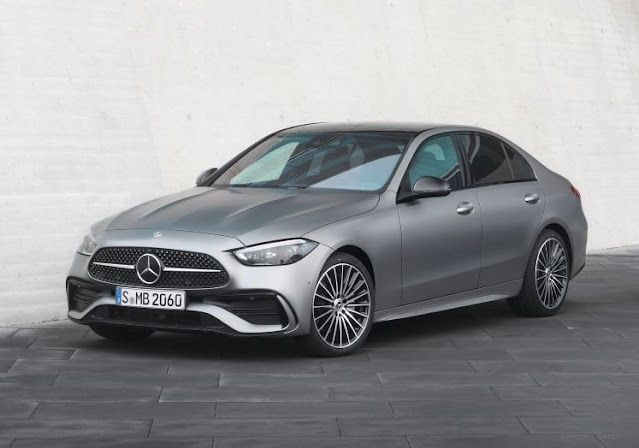