End of the race for Japan's hero Priuses 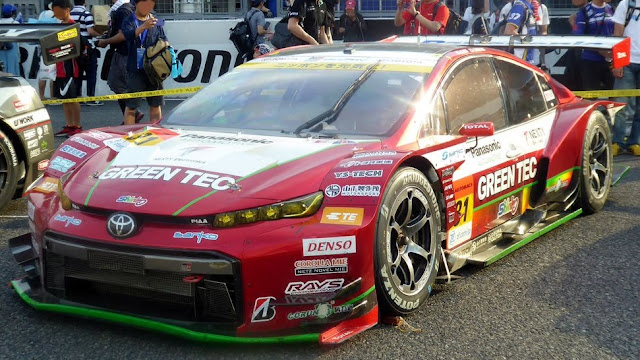 You'd be forgiven for not noticing that the car above is a Toyota Prius, writes Brian Byrne. But to motor racing fans in Japan it is the last of a what has been a hero series of Priuses for a decade.

Its predecessor car made a debut win at the 2013 Fuji 500 in Japan's Super GT Series, the top level of auto racing in that country. It was the first ever win for a hybrid-engined car in the series.

While the hybrid part of the car's powertrain was close to factory standard for the Prius of the time, the internal combustion part was not — it was a howling 3.4 V8. There were to be three generations of the Prius GT, the last with a 5.4 V8 and hybrid electrification.

With many podium wins and places down the decade, Toyota pulled the plug on the car after the 2021 season. From now on, apr Racing who operated the Prius GT for the carmaker, will be running a new car based the Lexus LC 500h.

But a decade of Prius GTs turned road Prius owners in Japan into very proud people, ready to welly the accelerator at every opportunity to overtake other cars in the zones between the speed cameras that keep all other Japanese drivers in an obedient line.