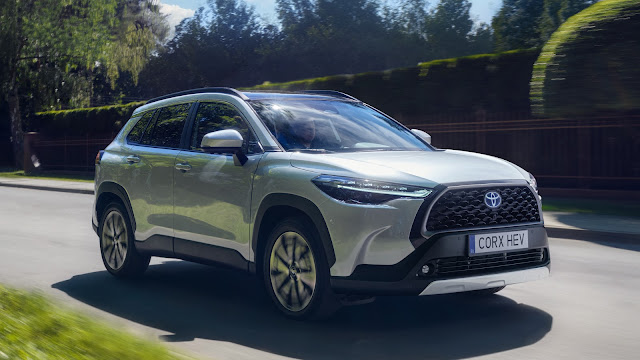 Toyota Ireland has added a second version of the Corolla Cross hybrid SUV to its lists, with a smaller engine and some modifications that include more cargo space, writes Brian Byrne.

Though pricing isn't available until March, potential buyers of the 1.8 hybrid version can register their interest and book now for deliveries in the summer. The addition follows the launch of the 2.0 hybrid Corolla Cross last year.

The switch to a torsion beam rear suspension of the new variant allows the addition of 46 litres more to the cargo capacity of the SUV.