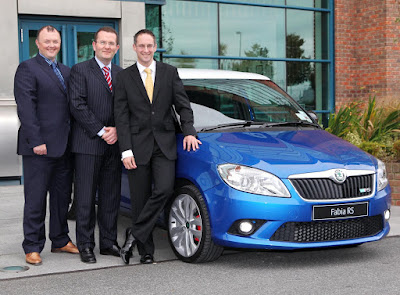 Skoda Ireland has announced the appointment of a new management team. Zac Hollis has been appointed to the position of Brand Director, John Donegan takes up the position of Head of Sales and Marketing and Deputy Director and Brendan Walsh is the new Aftersales Manager.

John Donegan has held a variety of senior marketing positions with Postbank, Permanent tsb and Ryanair. He was also marketing manager for MG Rover for over six years.

Brendan Walsh was previously Head of Aftersales for Kia Ireland and before that served as Technical Support Engineer with Land Rover Ireland.