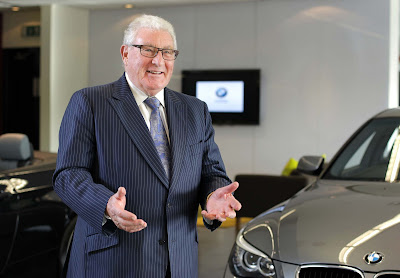 Frank Keane has announced that Maxwell Motors, the long established motor dealership in Blackrock, Co Dublin recently purchased by the Frank Keane Group, will become an authorized BMW dealership this month. The new dealership will trade as 'Frank Keane Blackrock'.

Frank Keane's acquisition of the business rescued 20 jobs in the retail motor industry and secured a premium location which has been associated with the motor industry for over 70 years. The addition of the BMW franchise is likely to lead to an increase in employment in line with BMW's growth in Ireland.

Frank Keane will provide BMW Sales, After Sales, and Financial Services for customers in the south east of the city, in addition to their existing BMW and MINI dealership on the Naas Road.

Frank Keane has been involved with the BMW brand since 1967.